A door that is not securely latched could open while the vehicle is in motion, increasing the risk of injury or the risk of a crash.

Ford and Volvo are recalling cars built with certain Kiekert USA (Kiekert) C1A door latches. A component within the door latches may break as a result of excessive temperatures within the door, making the doors difficult to latch and/or leading the driver or a passenger to believe a door is securely closed when, in fact, it is not.

For the most up to date documents from NHTSA for this Recall, click the lick above

On September 11, 2014 the Office of Defects Investigation (ODI) opened a Preliminary Evaluation (PE14-028) to investigate claims of doors failing to latch and/or inadvertently opening on model year (MY) 2011-2013 Ford Fiesta vehicles. ODI has received 207 unique reports related to the alleged problem, with sixty-five claiming that the door(s) opened inadvertently while the vehicle was in motion. Two injuries were reported, both caused by a rebounding door striking a consumer after they attempted to close it.

In response to ODI's Information Request (IR), Ford Motor Company (Ford) responded with 451 unique reports related to the alleged defect. One claim involved an incident in which property damage incurred after a door opened while driving at low speed and struck another vehicle. Ford also submitted 1,079 warranty claims related to door latch failures. Additionally Ford informed ODI in its IR response that MY 2013 Ford Fusion and Lincoln MKZ vehicles utilize the same door latch as the MY 2011-13 Fiesta.

In it's response, Ford stated that it does not believe that a latched door experiencing this condition will inadvertently unlatch and that there are many overt warning associated with a door that does not latch. ODI noted that the rate of occurrence for this failure is comparable to other door latch failure investigations and questions the effectiveness of warning signals given the number of complainants alleging that the door(s) opened while the vehicle was in motion. Therefore, ODI is upgrading this investigation to an Engineering Analysis (EA15-002) in order to further investigate the scope, frequency and consequence of this failure.

ODI reports cited above can be reviewed at www-odi.nhtsa.gov/complaints under the identification (ODI) numbers listed in the attached document.

The Office of Defects Investigation (ODI) opened an investigation based on consumer allegations of doors failing to latch and/or inadvertently opening on model year (MY) 2011-2013 Ford Fiesta, MY 2013 Ford Fusion and MY 2013 Lincoln MKZ vehicles. All of the affected vehicles share the same door latch design. ODI has received 281 unique reports related to the alleged problem, with over 100 claiming that the door(s) opened inadvertently while the vehicle was in motion. There were no crashes reported however three separate injuries were indicated, all caused by a rebounding door striking a consumer after they attempted to close it.

In response to ODI's Information Request (IR) letter, Ford Motor Company (Ford) responded with 1,102 unique reports related to the alleged problem. There were no injury claims but there were two claims of low speed accidents occurring involving the door opening while driving and damaging property. Ford also submitted 10,883 warranty claims related to door latch failures. Many customers indicated that the door would not latch at all and accordingly they decided to restrain the door by other means (looping the seatbelt through the door, or using rope or tape) in order to drive the vehicle. Some customers also reported multiple door latch failures occurring on the same vehicle on different doors occurring months apart.

On April 23rd, 2015 Ford notified ODI that it would conduct a safety recall (15V-246) to remedy door latches failures on certain MY 2011-2014 Ford Fiesta and MY 2013-2014 Ford Fusion and Lincoln MKZ vehicles. According to Ford, the pawl spring tab located within the door latch can break off, or separate and result in a "door will not close" condition. The recalled vehicles include Fiesta vehicles manufactured from the start of the MY 2011 to May 2013 and Fusion and MKZ vehicles manufactured from the start of the MY 2013 year until May 2013. In May 2013 Ford reports that it made a manufacturing quality control change, specific to the spring tab, to improve the performance of the existing part. The door latch spring tab was redesigned and the new latch was phased into production in December 2014 with a new part number. Ford will replace all four door latches on the affected vehicles with the new latch design currently in production.

The recall action initiated by the manufacturer appears to address the safety risks of concern to ODI. Accordingly, the investigation is closed.

The ODI reports cited above can be reviewed at www-odi.nhtsa.dot.gov/owners/SearchNHTSAID under the identification (ODI) numbers found in the attached list. 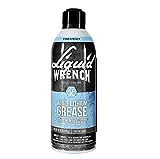 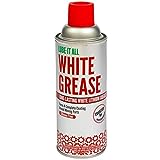